Rape is a well thought out plan. It doesn’t happen by coincidence. We must all raise our voices and stand against this evil towards humanity. Nothing justifies rape.
Walk Against Rape. – WAR is an Initiative of Esther Ijewere the Founder and Executive Director of Rubies Ink Initiative for Women and children.

A walk which started in 2010 and has got many Celebrities lending their voices towards this cause as Ambassadors for the initiative.

The aim of the yearly walk is to sensitize Nigeria about the ills of rape, encourage Victims of rape to speak up so that they can get justice as well as Here are some of our demands:
– There should be a more transparent justice system to tackle sexual crimes.
• The justice system should create and enforce existing laws that protect women from discrimination and violence, including rape, beatings, torture and all forms of verbal abuse.
• Trials must be time bound and punishment swift.
• Revive the justice system for people to have firm faith in them. –
While we appreciate Governor of Lagos state Akinwunmi Ambode for his recent declaration of 25 years for Rapist, we also believe these demands will further help us curb the menace.
The full text of the speech will be available on our website.
Rape is a crime!
Rape is about your mother
Rape is about your daughter
Rape is about your Sister
Rape is about your friend
Rape is about you 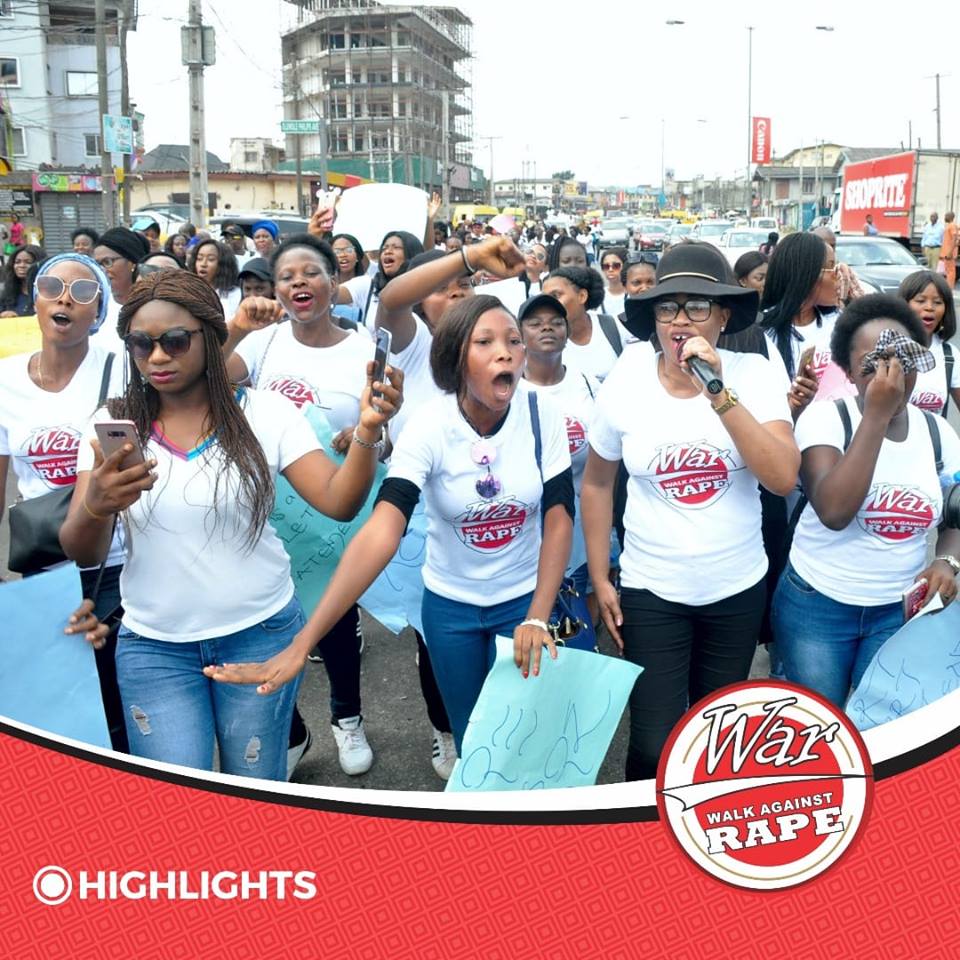