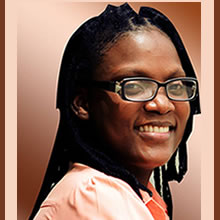 Bukola Afolabi Ogunyeye (MBA) is the Secretary of the Foundation. She’s a young Seasoned Child Rights Activist and an Educator. She’s the Proprietress of WIN-Rites Montessori School. She’s an Author. Her books “Understanding Child Sexual Abuse “and “Curbing Sexual Immorality Among Teenagers” are selling in the Market place most especially in Schools within Lagos State, Nigeria. Within the short period of her starting the Foundation, she has imparted in Thousands of Children as well as enlightening Parents on Prevention of Sexual Abuse. She speaks in Seminars, Conferences, and Religious Organizations. 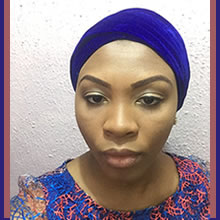 Binta Alhassan (MBA) is a young seasoned Professional.
She is a graduate of London Metropolitan University.
She has BA (Hons) in Accounting and Finance.
She also has Masters’ degree in Strategic management from University of Plymouth

Mr Abel Emordi is a brilliant and consummate professional with legal practice experience spanning over two decades. He was awarded a Masters degree in law by the University of Lagos 18 years ago. During the early period of his legal practice, Mr Emordi was a distinguished counsel with the prestigious law firms of Olaniwun Ajayi & Co; and Ajumogobia & Okeke. As counsel in these firms, Mr Emordi was involved in some of the biggest legal transactions in Africa.

Between 2001 and 2006, Mr Emordi was the Group Company Secretary and Legal Adviser; Compliance and Anti-money laundering Manager of Stanbic Bank (Now Stanbic IBTC Bank Plc) a subsidiary of the Standard Bank Group of South Africa with a large foot print on the African continent. He resigned from the Bank as an Assistant General Manager (AGM) in 2006 to focus and deploy 100% of his energies and skills to his private enterprise. 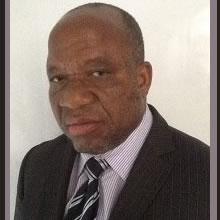 This is a rural community where ninety percent of the houses were roofed with thatch.
The inhabitants of the village were peasant farmers, hunters and petty traders.
The only sources of water supply were about half of dozen of deep wells and stream which was about five kilometers away.

The six room block of classrooms in the community which he attended was one of the buildings roofed with corrugated iron sheets.

He graduated from the then St Paul’s Primary School (now Iyerekhu Primary school) in 1970 and attended Our Lady of Fatima Grammar School, Auchi, Edo State from 1971-1975.

He attended the prestigious University of Ibadan from 1976-1982 where he obtained Bachelor of Medicine, Bachelor of Surgery degree (MBBS) in 1982. DAKO also studied in Hull Royal Infirmary, England, United Kingdom and the National Postgraduate Medical College of Nigeria where he bagged Diploma in Family Medicine in 2013.

He has worked in many hospitals in Nigeria and the United Kingdom and has been the Medical Director and Chief Executive of Dako Medical Centre in Lagos, Nigeria since 1992.